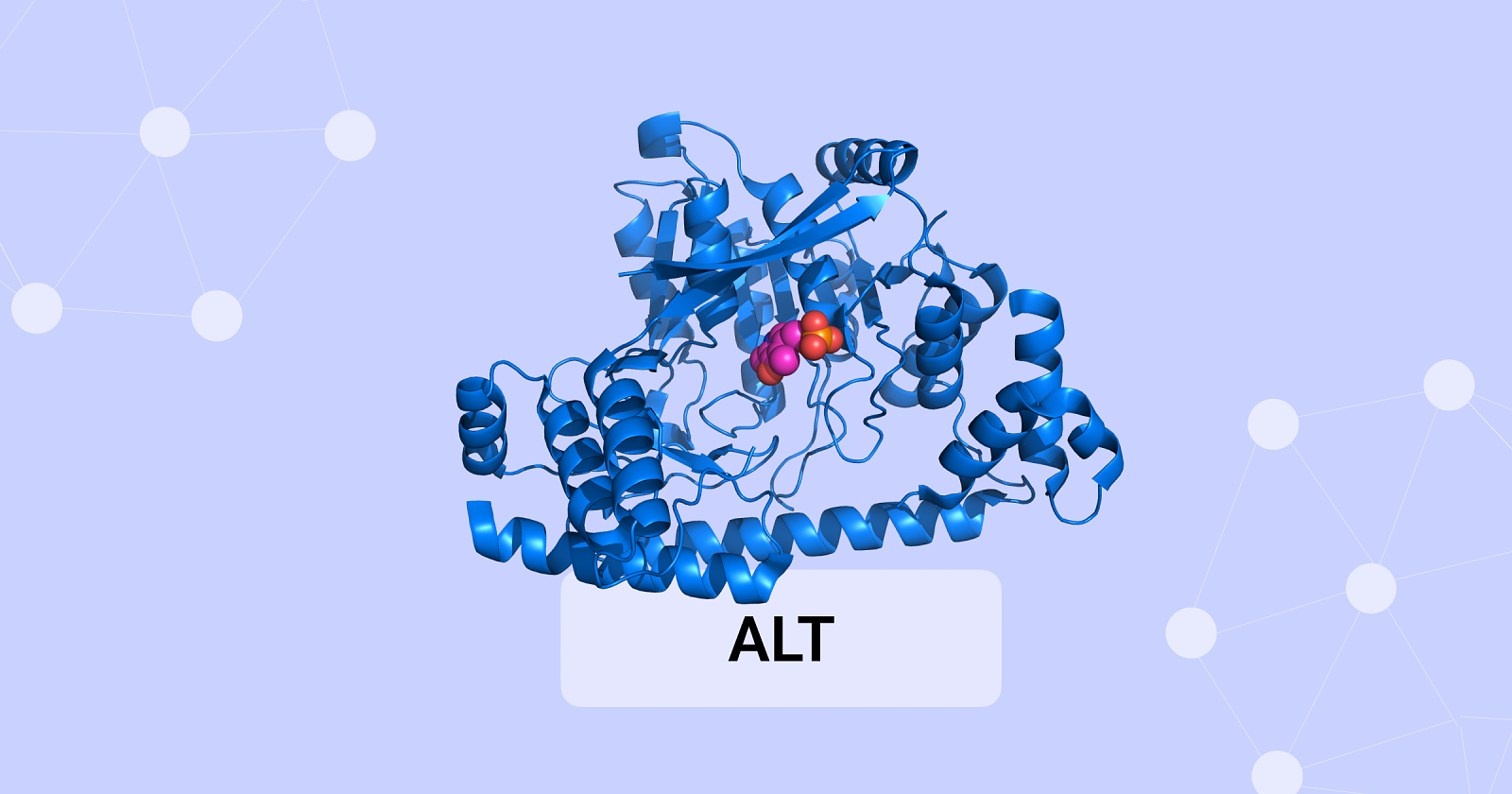 Alanine transferase or alanine aminotransferase (ALT) is an enzyme present in your body with the highest concentrations in the liver. The ALT test is normally a part of a liver enzyme panel and is therefore used to check and evaluate liver function and possible damage. Whenever there is a problem with your liver, an inflammation or damage, ALT is released into the blood. An increase of ALT in the blood is often the first sign of liver problems.

The liver is your body’s largest gland which produces proteins, cholesterol, stores iron and vitamins and removes toxins from your blood. It produces bile which helps your body to digest food. Enzymes, such as ALT play a crucial role in your metabolism. They help your liver to break down proteins, allowing your body to absorb them easier. In the liver enzyme panel, ALT is normally measured together with AST (aspartate transferase). Both are considered as liver enzymes and used by doctors to assess the health of your liver. However, while AST is present also in other parts of your body and ALT is mainly present in your liver, and so ALT is considered to be more directly connected to liver.

High ALT levels mainly indicate liver damage or injury. There are various reasons your liver cells can be damaged. The destruction of liver cells can be caused by alcohol abuse, fatty liver disease, cirrhosis, or hepatitis. Decreased blood flow to your liver can cause the death of liver tissue which causes ALT levels to rise. Liver cancer or liver tumors, certain medications or even some genetic conditions are the reasons for elevated ALT levels.

Low ALT levels are very uncommon and is normally not a reason to be concerned. In cases of chronic kidney disease or vitamin B6 deficiency, ALT levels can be lower than normal.

Lymphocytes are a type of white blood cell that play a vital role in your immune system. They help your body fight against viruses, bacteria, fungi, and cancer cells. They are responsible for your imm…
READ ARTICLE
Smart Blood Analytics Swiss SA Höschgasse 25, CH-8008 ZÜRICH, Switzerland Contact Us
© 2023 SMART BLOOD ANALYTICS SWISS SA. ALL RIGHTS RESERVED
This website uses cookies to provide online services. By continuing to use this website you agree to the use of some cookies.
More about cookie settings
I agree